I am a husband, dad, coach, celiac, life athlete, that loves living life large and is grateful for everything life brings

Over the past 15 years I have helped hundreds of endurance athletes achieve and even greatly surpass their goals using methods both traditional and unconventional. I have been fortunate and have had the opportunity to talk shop, train with and train a number of top professionals and age groupers in endurance sports to get a thorough understanding of how they get good.

But way more importantly, I have worked with and helped people from all walks of life achieve their goals. We commonly work with time poor endurance athletes, most of them with families (not all) who want to improve their performances, lessen the impact on family time and improve health for the long term.

Until we moved to Whistler in 2014 from the triathlon mecca of Noosa on the Sunshine coast of Australia our pure focus was working with triathletes. Since then my personal focus of playing in the mountains on bikes, on foot, on skis and boards and ultra running, I started to get requests to coach an array of different endurance athletes. Thus TriSpecific has grown to be Endurance Specific to help and support all endurance athletes.

Most of us train for events. Be it an Ironman, a 100 mile trail race, a bike packing adventure or the like, but the most important event we train for is this event called life. The healthier, stronger and fitter we are, the more opportunities we can take in life. Playing with the kids, the grandkids, or taking on that challenge you’ve always wanted to.

Races and results are great. They can make up part of our lives but not be the definition of our lives.

You don’t even need to race but I believe training for endurance makes life more rich.

My purpose in life is to support endurance athletes like you, to breakthrough your boundaries and in doing so evolve as a human being.

Coaching from me through a one2one service or via any of our programs will have an impact positively on more than just the events or challenges you do and train for. 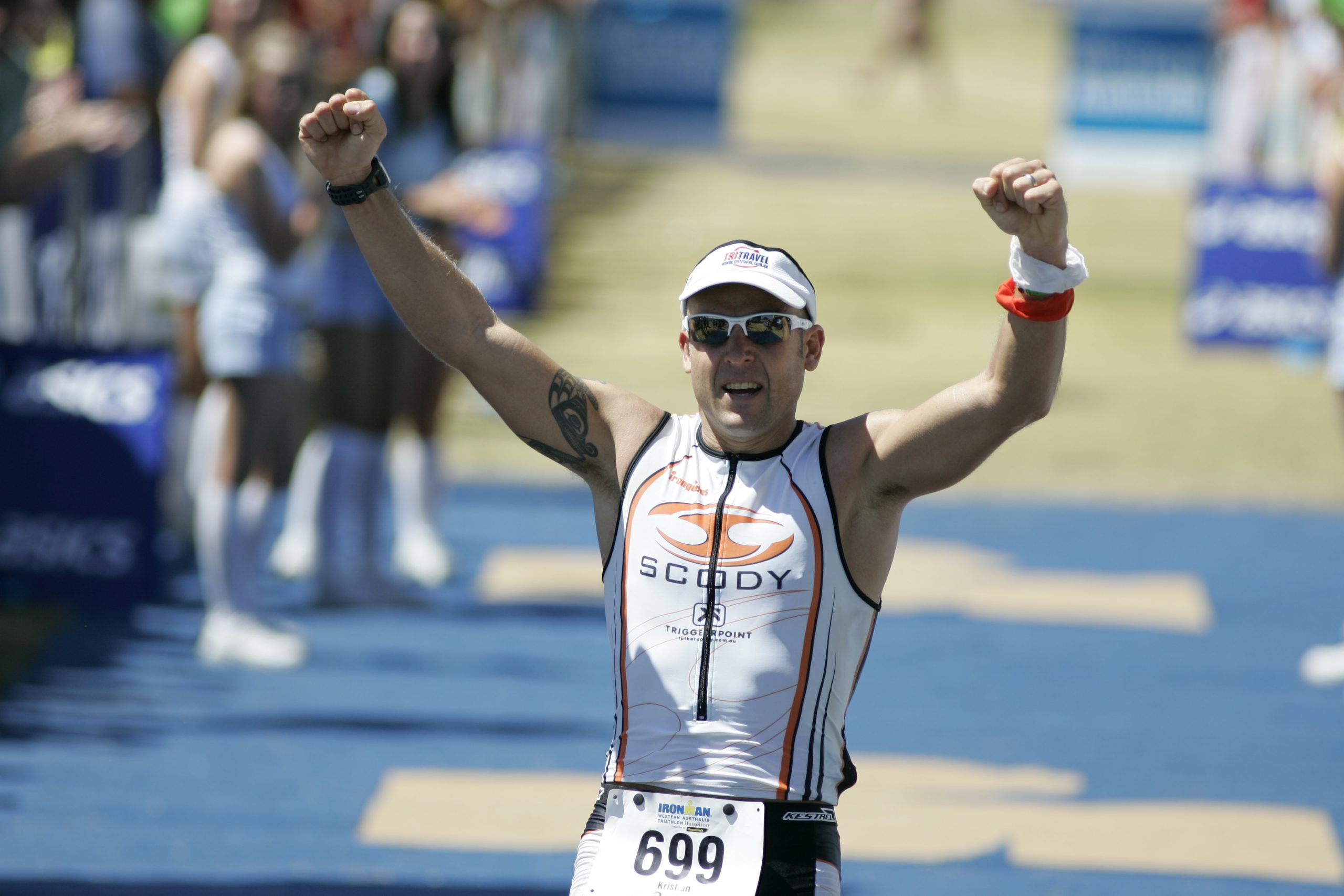 I’ve always led a life of sport. I’m definitely not the most gifted but when I put my mind and body to something, I’m going to go out there and get it (there’s a very important formula on the home page of this site). I played rep football and got pissed with the politics and then, I saw snow for the first time at 17 and that led to a pro snowboard career. I wouldn’t say I jumped on and was talented, I just thought, I can do this, and then went to work refining my craft at that time and made it happen.

Then I literally SCREWED up a dreamed about lifestyle of being a pro snowboarder. How? I lost my belief, my self-confidence and let my mind destroy a freaking cool life. Self-sabotage is real.

This taught me a valuable life lesson and I wouldn’t trade it for the world. Simply because life would be different. We wouldn’t have Mack our son, Atticus our dog and I doubt we’d have come back full circle and be living in Whistler.

And I may not have a truly awesome business helping endurance athletes achieve outstanding success.

In late 2000 I broke my back (compression fracture of T-12) the week before a prominent Big air event in Australia. That was the start of a plague of injuries and my eventual out of the sport. It wasn’t the injuries why I quit… it was all in my head. Two simple but damaging words I kept repeating to myself (more on those later). 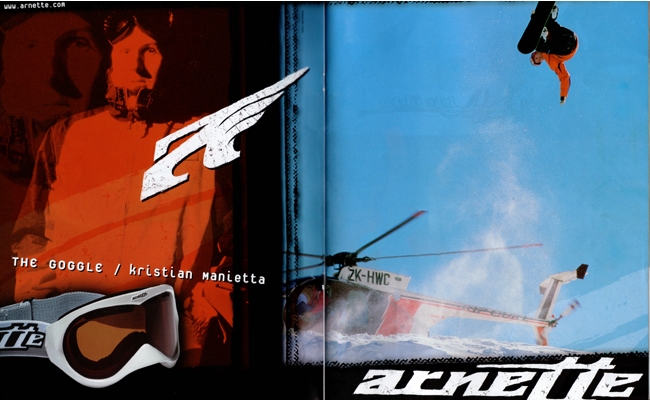 My last time on snow was early 2002 and then my wife (fiancée at the time) said she was bored with going to the gym and running on a treadmill. She wanted to join a run squad and run a marathon. Well, Charlotte ended up running 23 of them “off the bike” with a PB 3:03.

So we started using the googleplex and searched run squads. Charlotte thought they looked full of old geezers (hmm we are probably that now), so we kept looking and this triathlon thing kept popping up. I remembered watching Welchy (Greg Welch) win the Hawaiian Ironman in 94 and thinking one day, I’d have to do that.

We found the BRATS, which is a triathlon club from iconic Bondi Beach. We got ourselves a coach and we were going to just do some sprint distance triathlons.

I had to sell a ton of snowboard gear to pay for all the triathlon gear we needed.

The problem was that the group and coach we joined was very much geared towards Ironman and it was bloody infectious. In October 2002 we did our first Triathlon- the Kurnell Sprint series, then we signed up for Canberra Half Ironman (learnt some valuable lessons here, especially when it came to nutrition) in December and qualified for Ironman Australia (yes back then you had to qualify to do Ironman) the following April.

We fell hook, line and sinker for triathlon but especially the long stuff. I had high aspirations for that first Ironman (come on, I’m a male with a healthy ego and LOVE competition), but I made SO many mistakes and that was even before I got to the race. Charlotte on the other hand just did her thing, pretty much trumped our whole group and qualified for the Hawaiian Ironman. (she didn’t even know what it was).

I love to read, so I immersed myself in triathlon, endurance training, nutrition, so we could have a better shot of being good. I wanted to learn from the mistakes. I wanted to eventually get to Hawaii. I was a long way off.

I did my level 1 triathlon coaching accreditation, not to become a coach, but to learn more. I was pretty disappointed in that course.

Back to the mistakes. Seriously the best thing that ever happened. Maybe these are mustakes, mistakes you must make to learn from. Though these days I simply advise and coach athletes that there is really no need to make them.

There are no shortcuts, but if there are, it’s avoiding making the mistakes others have.

I started learning from many sources, applying, making more mistakes and many failures, but it was through this experiential learning, I stumbled onto a formula for success and training methods I would have never been aware of. These mistakes and failures have helped me come up with training systems that allow us to achieve the performances and not destroy health.

Using these training methods, I’ve been able to go from a first time Ironman split of 11:27 and take that down to an 8:57 and put an age group title to my name. I have gone under 9 hours twice now.

Furthermore, I’ve been able to do the same with my athletes and help them avoid the pitfalls I did while reaching their goals. Even those that have experienced the pitfalls, we have been able to return to health and injury free and attain those exceptional performances.

The path is pretty simple. It’s just not easy. but it is damn effective.

What’s more important is that I’ve had a hell of a time doing this and I love living and breathing endurance sports and adventures. I love refining my craft.  I personally love the longer stuff.

Coming to Canada I’ve got into trail running and then doing ultra races. I’ve now done a couple of 100 milers and a couple of 100k mountain races where I’ve been towards the pointy end of the field. PR’s are a funny thing in ultras because it’s so course dependent.

I’ve done a 24.5h mountain hundred miler (my first and had to overcome a bout of hypothermia and a stand off with a moose) and another less mountainous but still not flat under 19 hours!

For me now, I still like to race and with one major goal of getting to race Western States endurance Run… may the lottery gods be on my side 😉

Outside of that, nothing fills my soul more than ripping around on mountain bikes or skis or snowboards with my 9 year old son and training with Charlotte. I also love to ski touring, mountain adventures and am super grateful we have all this on tap in whistler. 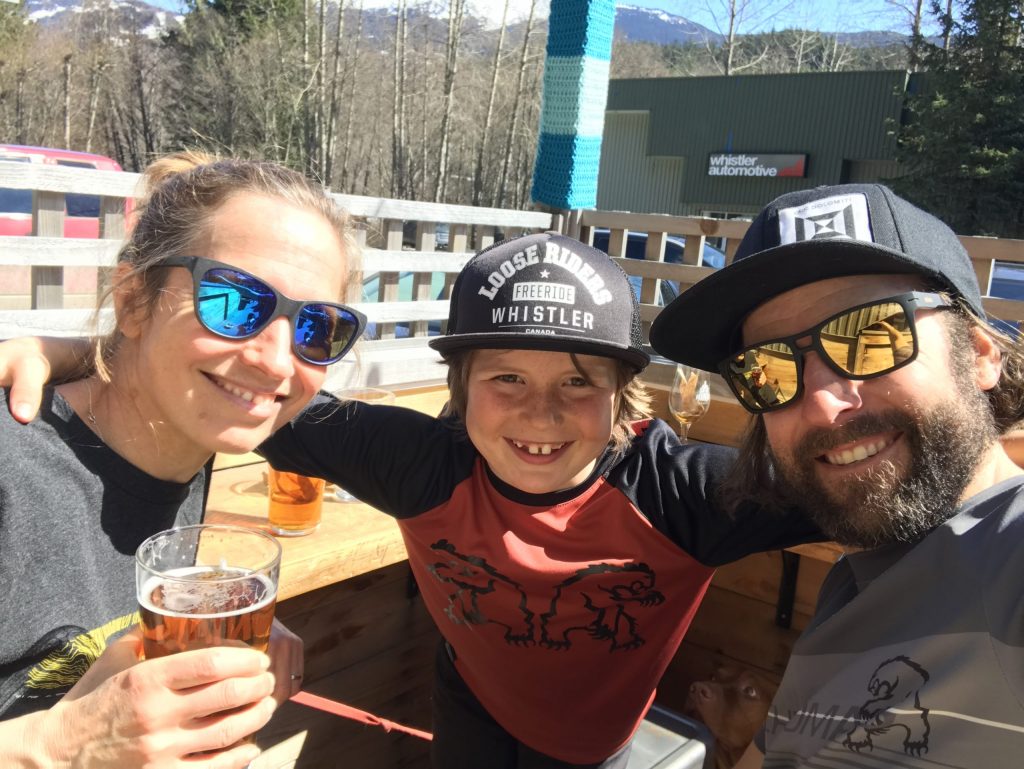 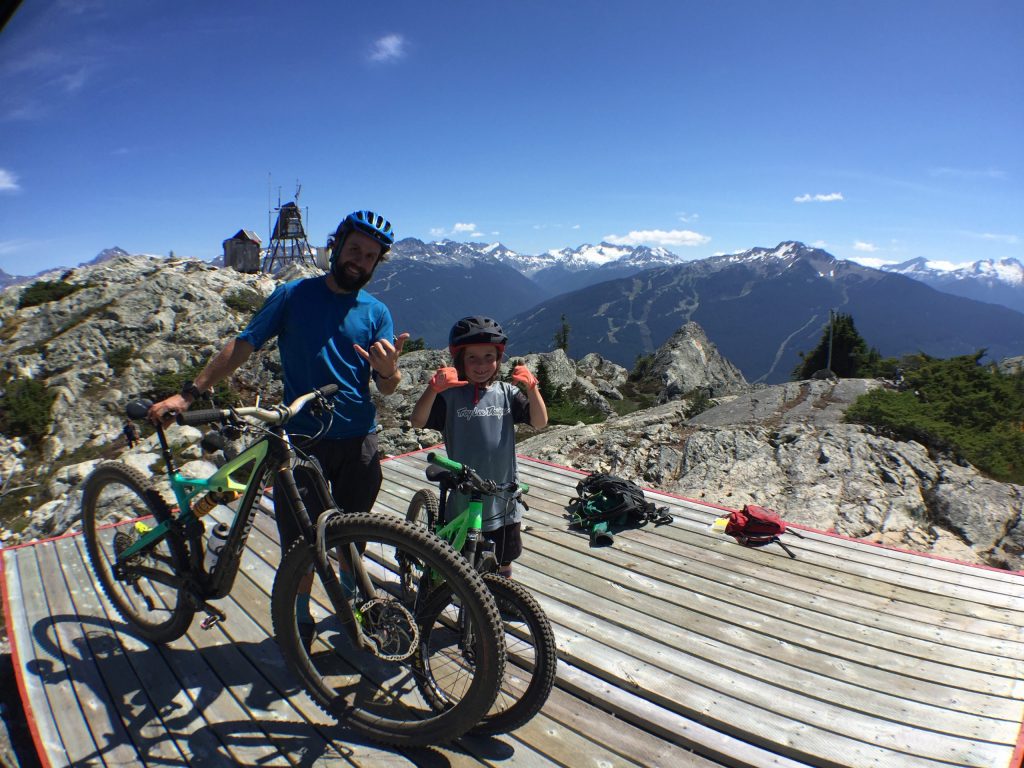 I also coach the MAP program through the ski season, am the president of the Whistler Tri Club, host a year round weekly trail run group called We Run Whistler and co-own a trail race called Comfortably Numb.

I am just a regular guy who fell in love with endurance sports and it has become a life passion. I don’t pull punches, I won’t sugar coat what it takes,  I’m a go-getter and want to see people succeed. Period.

I welcome you to sign up to our Endurance Specific Newsletter as I put a lot of helpful content over there and converse with like minded athletes.

You can check out the Endurance Specific podcast here.

P.S. A few other things you may like to know about me or not.

I’m a voracious learner. I love books, I don’t watch much TV and I love giving back to the community I live in. If you’re even in Whistler come run with us at werunwhistler.

Snowboarding is still a love, but I Ski way more and I’m having a helluva time coaching kids in the mountains through winter. I love getting into the backcountry in both winter and summer and I really enjoy running stupidly long distances in the mountains.

Charlotte and I love living in Whistler, BC and love exploring them usually on foot or two wheels and with our son Mack and Viszla).

I love good food, traveling, I don’t mind a talk and coffee, ahh great coffee is one of my little treasures in life.

I have a wife who rocks more than I do, super humble and she has kicked more triathlete guys asses than you care to know. Fastest marathon split (male and female) in 50 Degree Celsius heat when she won Ironman China but I still hold the family title by a mere 2 minutes and 53 seconds when she won Ironman Western Australia… Just Saying

You can learn more about me at http://www.innervoice.life/kristian-manietta and connect with me personally via kristian [at] endurancepecific.com and follow me at the social feeds below; 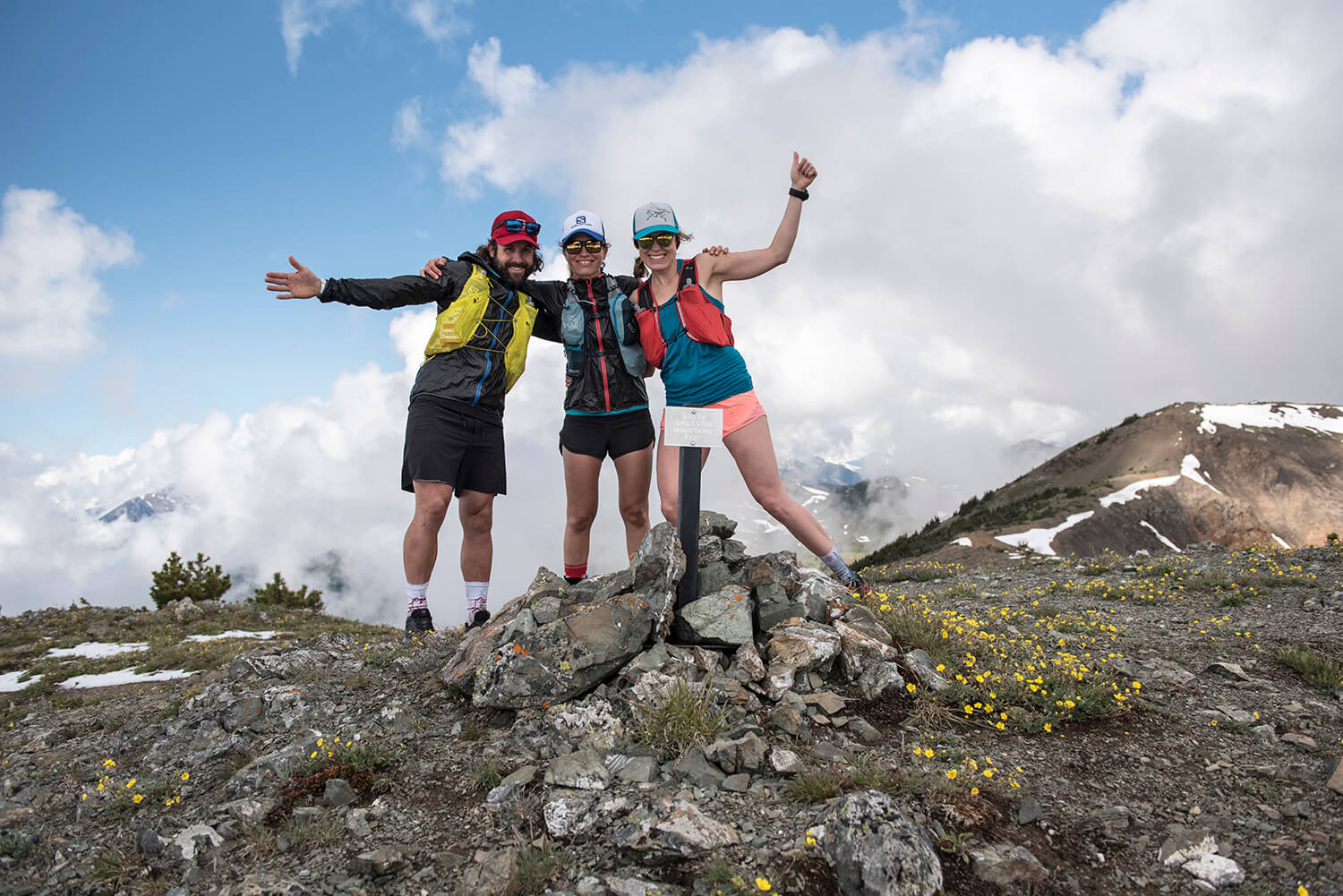 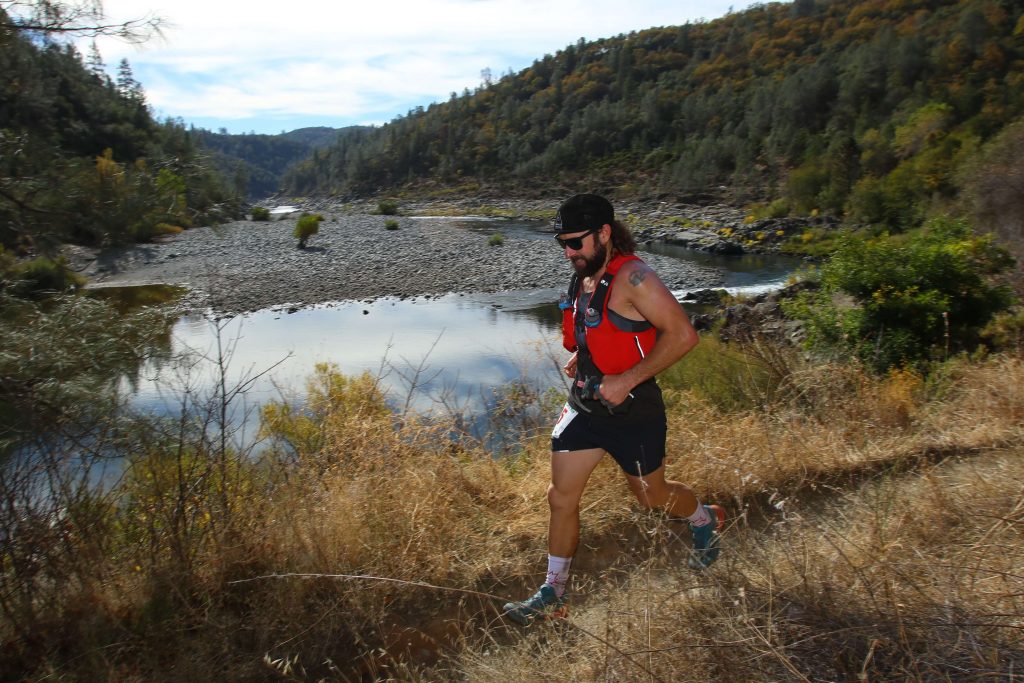 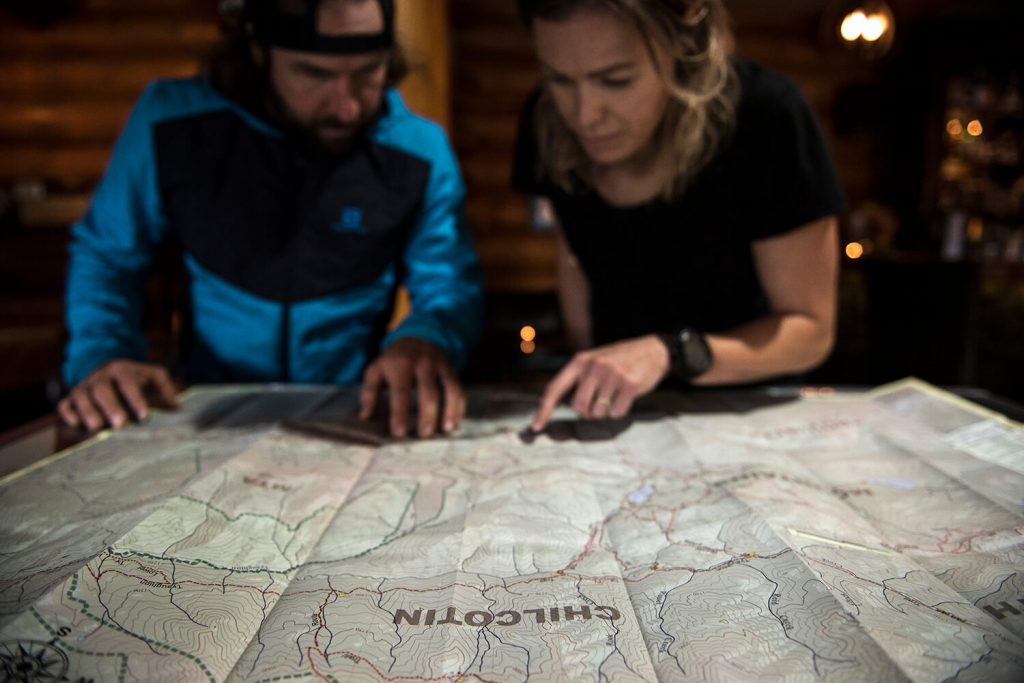 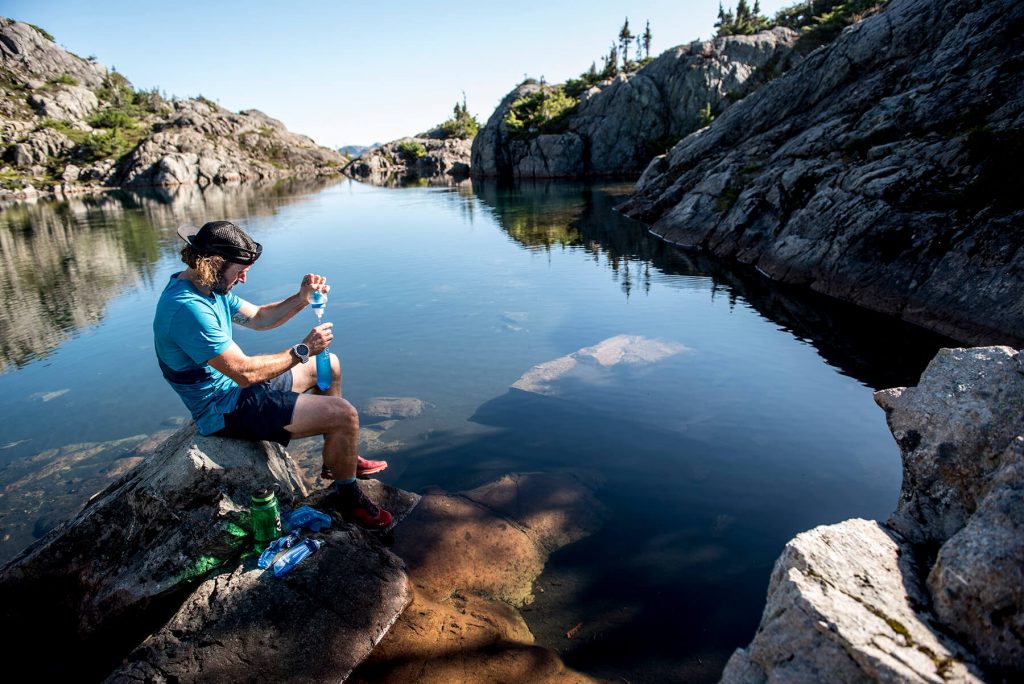 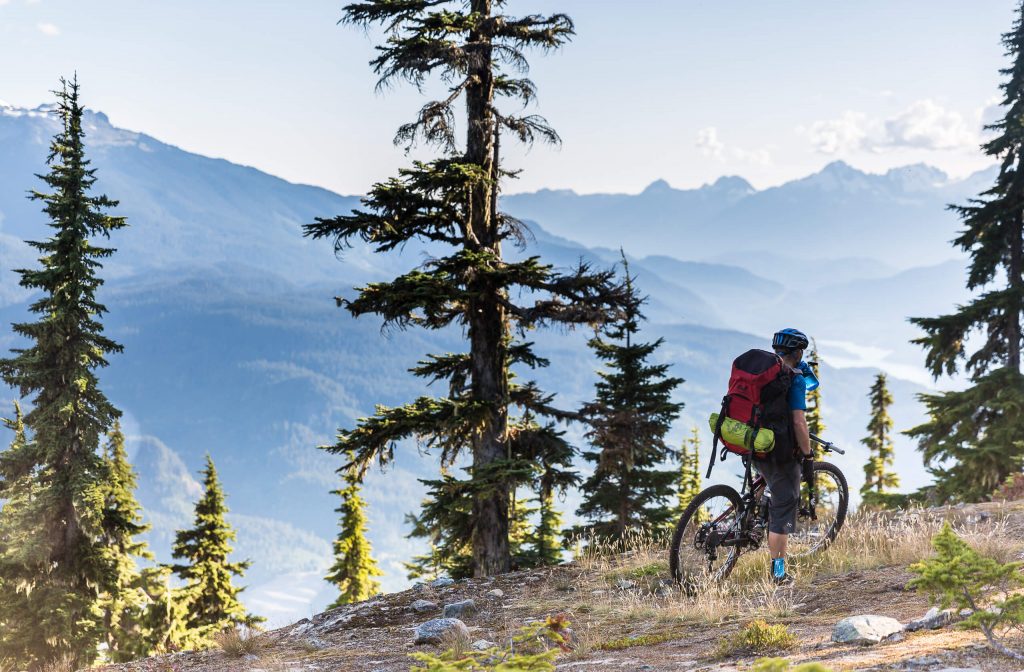 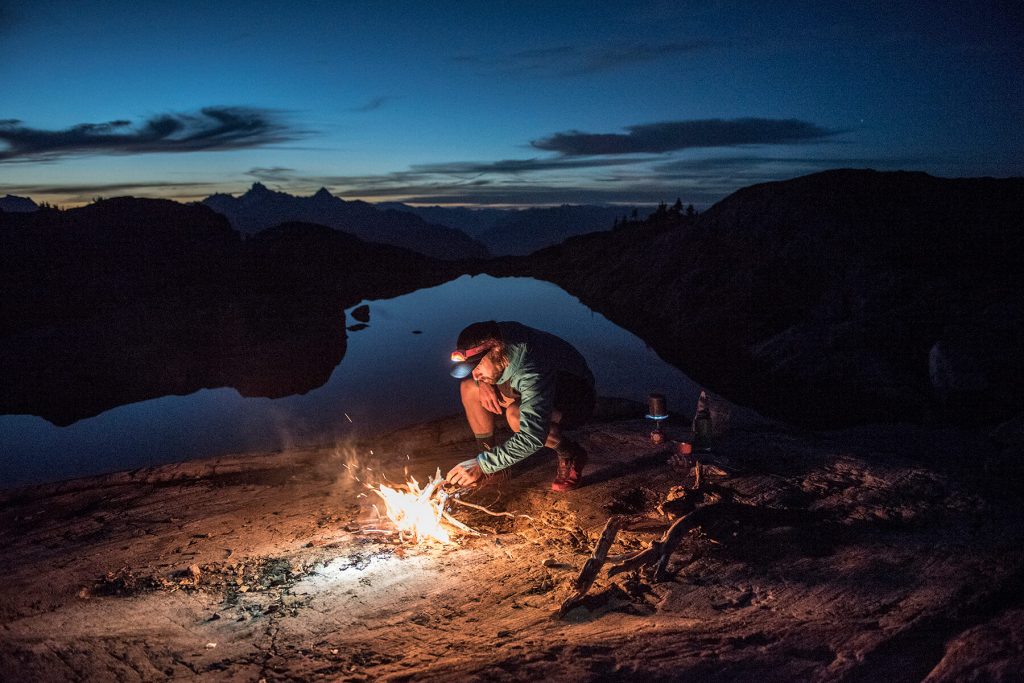 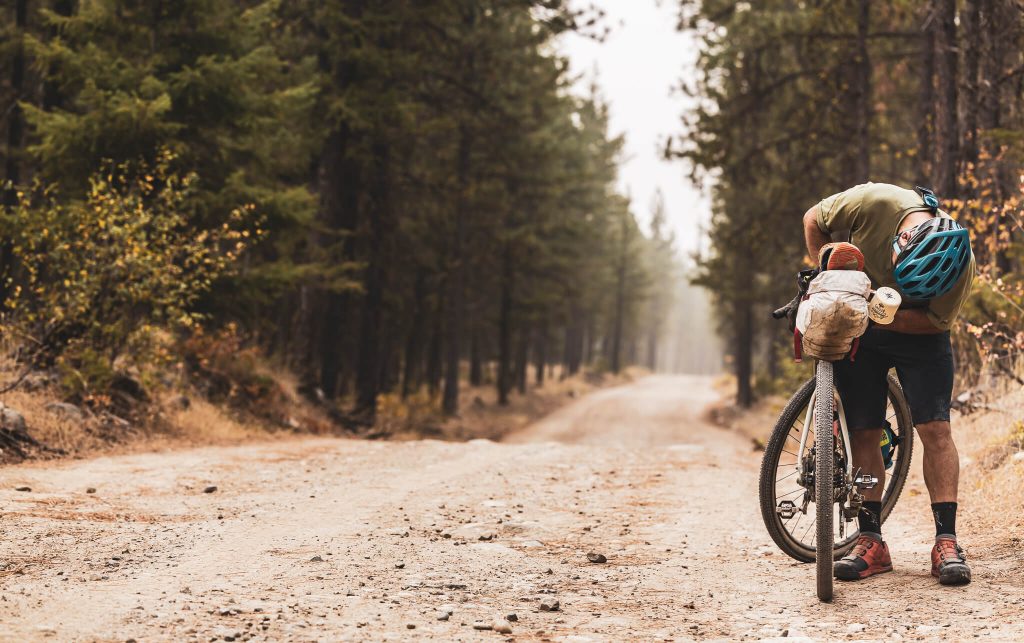 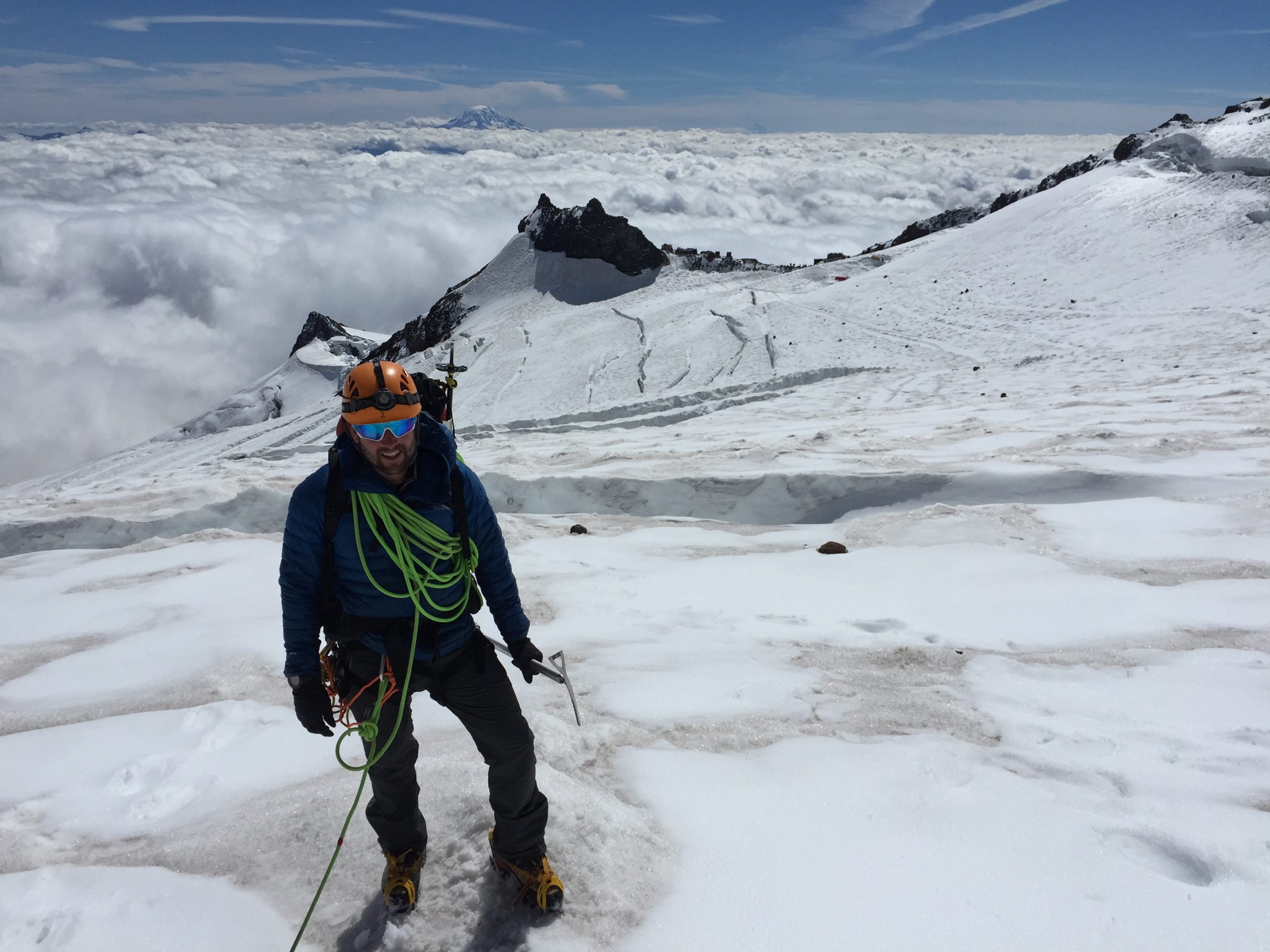